Finally we can feel spring in the air here in NYC – the days are getting longer and the sun is shining brighter.  March is a fantastic month.  Spring also means that love is on the brain for many of us.

When love is on the brain, with spring around the corner as a single person, having survived yet another Valentine’s Day alone, you may start to wonder if there is something wrong with you that you are still single.  You may ask whether you are inherently un-datable or not capable of being in a solid romantic relationship with someone.  And you may keep it to yourself because you might even be scared to look at this or even feel ashamed.

…a really difficult place to be 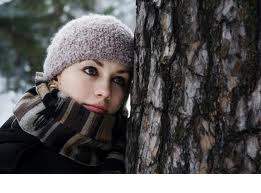 I’m writing this post today to address this all-too-common issue.

You are not alone

I see people all the time who are asking that question of themselves, many of whom are convinced that there is something fundamentally wrong with them.

Chances are, that single colleague you have is probably asking the same thing of herself as you are (if she wants to be in a relationship), even if it seems like she has it all together.  She’s successful, gorgeous, smart, kind, funny – there’s obviously nothing wrong with her.  But she may be thinking that there is.

It’s probably easy for you to see that there’s nothing wrong with her, but you just can’t see that for yourself.  Well guess what?

There’s nothing wrong with you

As humans, we also like to feel in control of things

As much as we’d like to think that we are in control of things, we aren’t.  But we play little tricks on ourselves to make us feel like we are.

You may not realize it, but inherent in the belief that there’s something wrong with you is the idea that you can fix what’s wrong.  Here’s the logic:  if there’s something wrong with me, then I can fix it and finally find someone.  You just have to figure out what’s wrong with you.  That extra 10 pounds?  Your approach?  You need a new haircut (or hair, for all of you baldies)?  You should be more interesting or get a new hobby?

Having something wrong with you (that you can fix) is actually preferable to the truth that you are living in world of mystery in which things occur without explanation and often outside of your control.

We all know that there is a certain degree of chance that goes into meeting “the love of your life,” which is who many folks are looking for, understandably.  Finding that person isn’t nearly as easy as getting a good job or making a new friend.

I can tell you how to get a better job or what to do to make a new friend, but I don’t have the answers about finding the love of your life.  Your neighborhood psychic might but that’s not a guarantee either.

Of course there are ways of increasing your odds which are extremely important and need to be looked at.  This is a topic unto itself.  For example, get out more, take a shower, be open to it, believe in yourself.  There are many things that you could be doing or not doing that would help you attract the right person.  But for many people, they are doing all the right things and still haven’t found that special someone, so they think there’s something wrong with them.

At the end of the day, finding the perfect partner often just happens.

And when it’s not happening and you want it to, it can feel terribly out of control

So you may rationalize our way into thinking there’s something wrong with you so that it’s within your control.

The prospect of being single forever is terrifying.  And I’m not that neighborhood psychic so I can’t tell you when or if Mr. or Mrs. Right is around the corner.  But having worked with and known countless people who have felt like they’d never meet anyone and then magically did, I can tell you the odds are in your favor that you will meet the right person.

The good news and the bad news…

…is that there is nothing wrong with you.  I know, easy for me to just write and not so easy to believe especially if you are feeling like there is something wrong with you at a basic emotional level.  It’s not easy to lose that idea about yourself.

But the problem then becomes that you think something is wrong with you.  Once you start thinking or feeling this way, even if you aren’t wearing a sign that says “I’m f-d up,” people can pick up on this subtle message you are giving off.  Now there’s something wrong.

Look:  We are all messed up

Everyone has their issues.  No one is perfect.  The most messed up of us all manage to fall in love and get into relationships.  So I’m sure you’re messed up too!  But there’s nothing inherently wrong with you that prevents you from being in a relationship.

If you can’t talk yourself out of it, talk to someone else.  Don’t hold that belief in secret because it will own you and can destroy your chances of meeting someone.  If it’s too uncomfortable to share it with a friend, or you really just can’t seem to shake it, find a therapist.

It’s really hard to find the right person even if it looks so easy and sometimes can be so easy for others.   If all of your friends are paired up, you have a busy career and you don’t feel like being social during all of your downtime, it is even harder.  But there is nothing wrong with you.

Try to feel good about yourself, pay attention to the world around you, and the right person might not only start to notice you, but you might start to notice them.  If you’re stuck on this idea that there’s something wrong with you, you’re looking in the wrong direction, and that person might just pass you by.

In the words of Lady Gaga, you’re on the right track, baby, you were born that way.

Cheers to finding your best relationship,