One thing you need to embrace more of in your distressed relationship (and dare I say, what we need more than ever in the world at large) is this:

When we are in extreme pain, however, the last thing that we are is curious.

We’re too busy feeling our intense pain, or more commonly, defending ourselves from it.

If we were to feel the pain, however, we’d be overwhelmed by engulfing emotions that tell us that we are in danger, we need to do something to stop the pain, we need to tend to the wound, we are dying.

Truly when you can’t connect to your significant other or there is a threat in your relationship, on some biological level it can feel like you are, indeed, dying.

Case in point: couples and partners use life and death metaphors all the time to explain their distress, as if mere emotionally descriptive words do not come close to conveying the pain they feel. 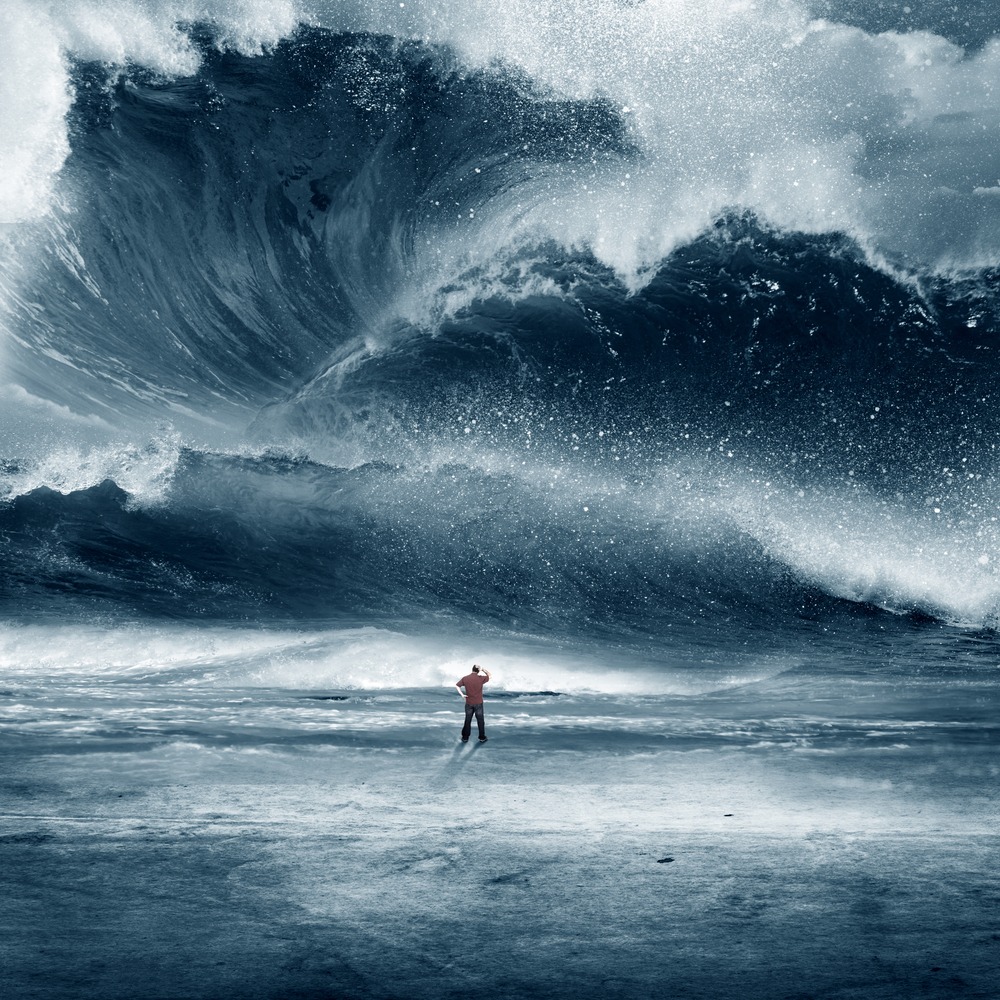 Life and death metaphors likely don’t do their pain justice either.

When you can’t connect, when you’re feeling unloved, when you feel abandoned and alone, when you feel invisible, or when you feel outright rejected or dismissed as not good enough by your partner, your brain experiences a primal panic.

Biologically it’s like you’re getting cut off from the tribe that you need to survive, because we’re a social species, wired to connect.

It’s no wonder then, that curiosity is out of the question.

Yet so much of the pain that we experience is self-inflicted because it is born from an armor that is ultimately meant to protect you.

Only until you drop the armor and face your pain, with the understanding that as awful as it feels, it will NOT kill you, you CAN survive it, will you be able to move through it.

Inherent in that action, you must be at least curious about what is on the other side.

Curiosity necessitates a kind of faith and bravery.

A kind of faith and bravery that say that no matter what you find when you look, you are going to be okay.

You’ll not only survive, but you’ll be stronger for having looked, for having been brave enough to explore your way to the truth.

Here’s what happened for Judy and Linda:

They had been together for 15 years.

Over a decade into their time together and after the legalization of gay marriage in their state, they decided to make it official.

Both convinced they had finally found “the one,” they took each other’s hands and said “til death do we part” just a few years ago. 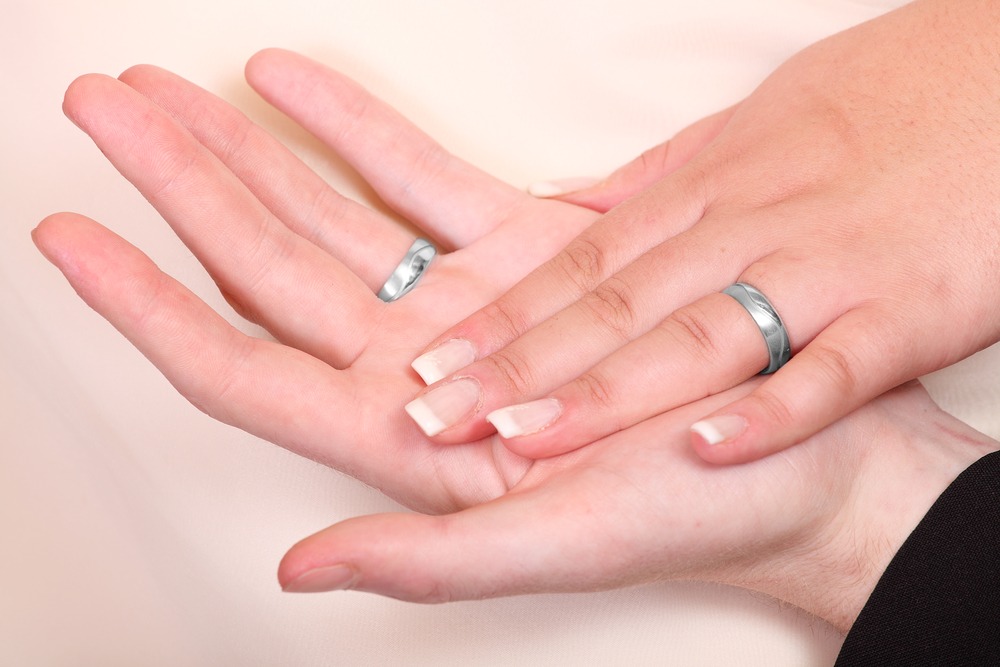 Yet when they had found me, Judy already had spoken with an attorney.

Linda asked her to give counseling a chance, give him another chance, see if they could work things out.

While she got frustrated to no end with her, Linda loved Judy tremendously and did not want to lose her.

Couples therapy was their only hope.

In a few minutes, I got an earful from Judy about what was going on in their marriage:

“She keeps things from me, she lies, and she puts everyone else before me,” Judy says.

“Her kids are grown adults. She is not married to them, she is married to me. If they don’t like me, that’s not my problem. But they keep coming between us and I can’t do it anymore.”

Judy felt like the last thing that mattered to Linda.

And she was ready to completely shut that door because she was tired of being hurt.

Tired of putting herself out there.

Tired of feeling like she was the last thing in the world that mattered to Linda.

Her armor was on and there was no getting through.

Linda was at a loss for words trying to explain herself.

She was at a loss in terms of how to manage her relationship with her adult kids and her wife, and she wanted to work out a solution that worked for her and everyone else involved, but felt that no matter what she did, she was wrong.

Her silence only seemed to prove Judy’s point further that she wasn’t important enough to Linda for Linda to change anything, do anything or say anything differently.

Judy’s determination to find all the evidence that proved her negative assumptions right was part of her armor that she believed kept her safe.

She had already gone to the worst case scenario in her mind which rendered any experience that Linda had outside of that story completely irrelevant.

Linda was painted into a corner that set them both up for disconnection.

Judy felt safer inside her protective armor of assumption, which inherently kept her at a distance from Linda.

But then there was no room for Linda’s truth, which was exactly what Judy was yearning for underneath her armor.

The more Judy refused to let go of her armor, the more distant and helpless Linda felt.

It’s like there was nothing Linda could do or say that made any dent in the armor.

So she stopped trying as hard which made Judy secure her armor on extra tight.

She found more evidence to back up her assumptions.

One of the most difficult things to be while you’re in pain is curious.

Here’s where everything turned around:

When Judy was curious about her own experience, she was able to feel herself underneath her armor and touch her deep longing to feel important to her wife.

Linda was finally hearing something real from her partner, something apart from this story that Judy was clinging to that was one sided and didn’t give Linda a chance.

An opening emerged from this curiosity that enabled Linda to see a different side of her wife, one that gave her great hope and relief, and empowered her to speak truthfully, honestly and vulnerably about her experience as well.

It took effort and strength to have these conversations and they didn’t all go perfectly.

There was ample frustration along the way as they tried to get free from this relentless pattern of disconnection they found themselves in.

Once they started to feel that reconnection, however, even bits of it at a time, they both felt strengthened to press on, guided by their shared vision of a deeply connected and fulfilling relationship.

Linda started opening up more about her own truth and experience, which Judy could finally hear.

She dropped her armor of assumption and replaced it with curiosity. 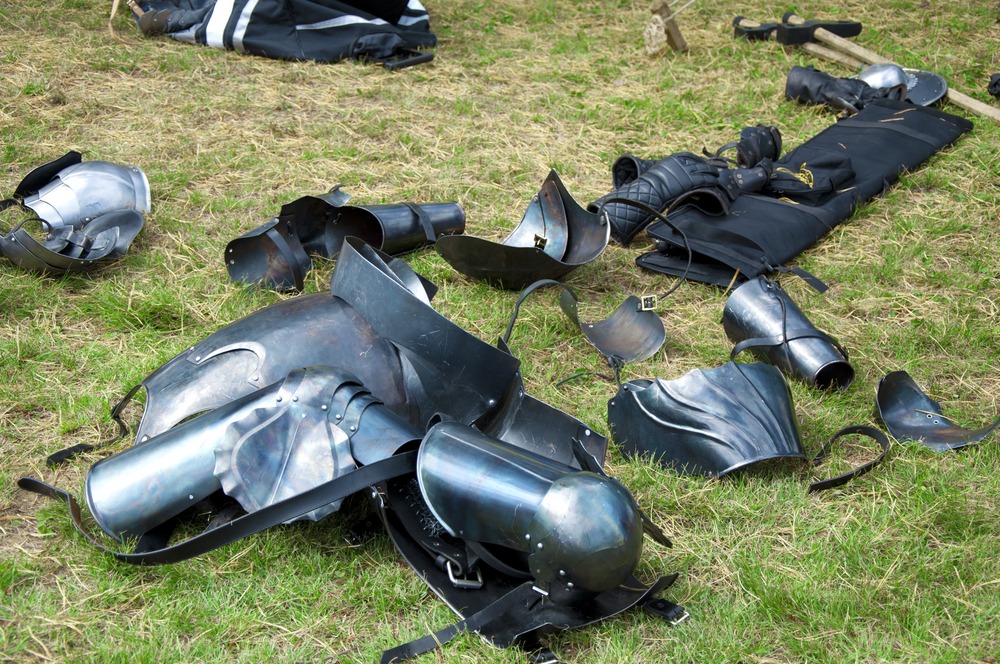 First, curiosity and openness about her own experience.

Then, curiosity about her partner’s.

She was able to cast her armor aside, move through her pain, share it with her partner, and hear from Linda what she’s been needing to hear.

In order to truly connect, you need to cast your assumptions aside.

Replace them – even if momentarily – with curiosity.

Be open to a solution that may be surprising.

To be curious, you must take off the armor, even if it will hurt.

Worst case scenario, it’s going to hurt, but the armor hurts anyway, it gets heavy, and it distances you.

It prevents you from getting what you need, even if it feels safer from the inside.

More often than not, however, it’s protecting you from a story that is just in your head.

Put the story on the shelf, get curious, and reap the benefits of a real connection.

That’s what Jill and Linda did, and you can too.

Jill and Linda went through a process known as Emotionally Focused Therapy.

This process is the most effective form of therapy for couples that has been found to exist in the research, helping 9 out of 10 couples make improvements in their relationships.

It moves couples from distancing and deadly assumptions to curiosity and openness.

You can find an Emotionally Focused Couples Therapist near you by heading over to the International Center for Excellence in EFT.

If you’re in a violent or abusive relationship, Emotionally Focused Therapy is not for you.

If you suspect you may be in an abusive relationship, I urge you to get confidential support for yourself. A site such as www.thehotline.org might be your best first step.

If you’re not in an abusive relationships, and do not feel that couples therapy is necessary right now as you are not in serious distress, follow these steps to forge a deeper connection:

1.  If you’re in pain, get curious about it. What are all the layers of your feelings?

2.  Let your partner know you want to have a different kind of conversation with them, out of the typical pattern you find yourselves in, where you share with each other more about how you truly feel, and you both actually listen to each other and try to understand.

3.  Let them know they matter to you, and you’ve been thinking about your experience in a different way, and you want to share it with them, and let them know how you’re really feeling, from a softer, more vulnerable place.

4.  You may not see an immediate response from your partner that is different than what you’re used to, but you’re starting to share your truth. Trust that the some of message got in even if you didn’t see the reaction you were hoping for, and keep trying to show them your truth.

5.  After sharing that, let them know you’re putting your experience on the table for a minute, and that you really want to understand them and their experience. Drop the assumptions, and turn on the curiosity.

Just listen, try not to correct your partner until you’ve truly understood and empathized with them, and let them know you get their experience.

Curiosity is one of the fastest paths you can take to connection.

Then, once you understand where they’re coming from and they feel like you really get them, you can let them know how you really feel and correct any assumptions they may have.

I hope you can see how this kind of conversation, while much more vulnerable and difficult at first, is much more effective than the ones in which you are chasing each other around in your assumptive armor.

Does this make sense?

Let me know your thoughts or questions in the comments.

Thanks for reading – and here’s to your best relationships!