“She snaps at me for no reason.”

“I feel like I have to walk on eggshells around her.”

“It’s like I’m always on thin ice, I never know who I’m going to get.”

These are the comments I hear on the regular from heterosexual married men who tell me that their wives are disrespectful.

She makes it clear that she’s unhappy, but you’re not sure if there’s anything you can do.

You just wish she wouldn’t be so disrespectful.

You know the saying, “happy wife, happy life,” but you’re far from that, and don’t know what to do.

My heart goes out to you.

You’re doing your best, you’re trying to connect, and if feels like no matter what, you can’t get it right, you’re always disappointing her, and her standards are impossible to meet.

You’re probably feeling a bit helpless at this point.

Yet here you are, scouring the internet to find a solution, trying to figure out how to make things better in your marriage.  Even though you’re just so tired of being disrespected.

You both deserve a relationship that is mutually rewarding and fulfilling.

It may not be as far away as it feels, despite the disrespect that’s dished up on the regular.

This post tells a story about a man named Kevin and shares a new perspective with you about what may be going on in your marriage if you consistently feel disrespected by your wife.

It’s my hope that it will help you start taking the right kind of steps toward reconnecting with her in a way she’ll appreciate, so that she’ll be happy, you’ll be happy, and you’ll finally feel the respect that you deserve.

Let me tell you about Kevin.

He came to me because his wife was so disrespectful and upset with him all the time, he didn’t know what to do.

He worked all the time, doing everything he could to provide a good life for his family, and she was a stay at home mom.

One evening when he got home around 6 or 7 when he usually did, the living room was predictably a disaster, and per usual, the kitchen was a mess.

Like always in the last few months, his wife was laying on the couch staring into her phone, playing some game she liked to play.

She didn’t even so much as utter a “hello.”

Normally he’d get home and start to clean things up to avoid a fight.

But this time was different.

It felt like the dirty living room was a her way of clearly spitting in his face.

The dishes in the sink nearly screamed out to him that to his wife, he meant nothing.

Here he was busting his ass and dealing with so much stress at work so that she could stay home and they wouldn’t have to worry about picking up the kids and both being so rushed all the time, and she just sat there on the couch, not even so much as looking at him when he came in, much less lifting a finger to help clean up.

So for the first time in months, he said something.

He didn’t quite know what to say, but had to start somewhere:

“I can’t believe how disrespectful you are.”

You’d think he called her mother a 4-letter word by the way she reacted.

She completely lost it.

She threw her phone down and gave it to him:

“How disrespectful I am?!” she started yelling, “you have got to be kidding me!”

She ranted at him for awhile, he wasn’t even sure what she said.

All he knew is that his attempt to have a discussion around their relationship dissolved before it even had a chance to go anywhere.

As usual, Kevin threw up his hands, turned away, ate his own dinner, downed a beer and went to bed, with knots in his stomach.

He called me the next day.

“I hate living this way,” he said to me.

“We have so many great things going for us, we have the best, healthy kids, we have a really nice house we’ve put a lot of work into, I don’t know why she is just so disrespectful.”

As I started to hear more from Kevin about his situation, he told me more about how his wife, Linda, was deeply disappointed him him, in nearly everything he did.

“Does she even comprehend how hard I work for her and the kids?!”

What was missing here?

Why was she so disrespectful to him?

Hearing from Linda, however, was a different story.

Underneath her armor that appeared as disrespect and sometimes outright disregard was a woman who felt deeply alone.

She felt invisible to Kevin and even unloved in her own marriage.

By the time Kevin had reached out to me, she was completely burned out in trying to reach him.

Kevin thought he was expressing his love and affection by working hard for his family, but she missed the memo.

The times she reached for him for connection, he didn’t get the memo.

It seemed he was always consumed with things that had to be done.

What she wanted more than anything was for him to be interested in her.

To care about her, to ask about her day, to truly cherish her and want to be with her like she once felt he did.

Lately, it felt that he just was avoiding her.

It was true, he did avoid her.

He never felt lower than when he was disrespected by his wife.

While the disrespect and disappointment effected him on a deep level, the way he dealt with it was by distancing himself even more.

He felt that  no matter what he did, he couldn’t get it right, so by avoiding Linda and her disappointment was the only way he knew how to deal with it.

This only confirmed to her the message that she didn’t matter to him, which couldn’t have been further from the truth.

The truth was that they were both struggling, deeply affected and hurting for each other.

Longing for connection but uncertain how to create it, they were caught in a destructive pattern that so many couples fall into which sets them up in a negative spiral that pulls them apart from each other.

Her disrespect was simply a symptom of this pattern.

It wasn’t truly that she had no respect for her husband. 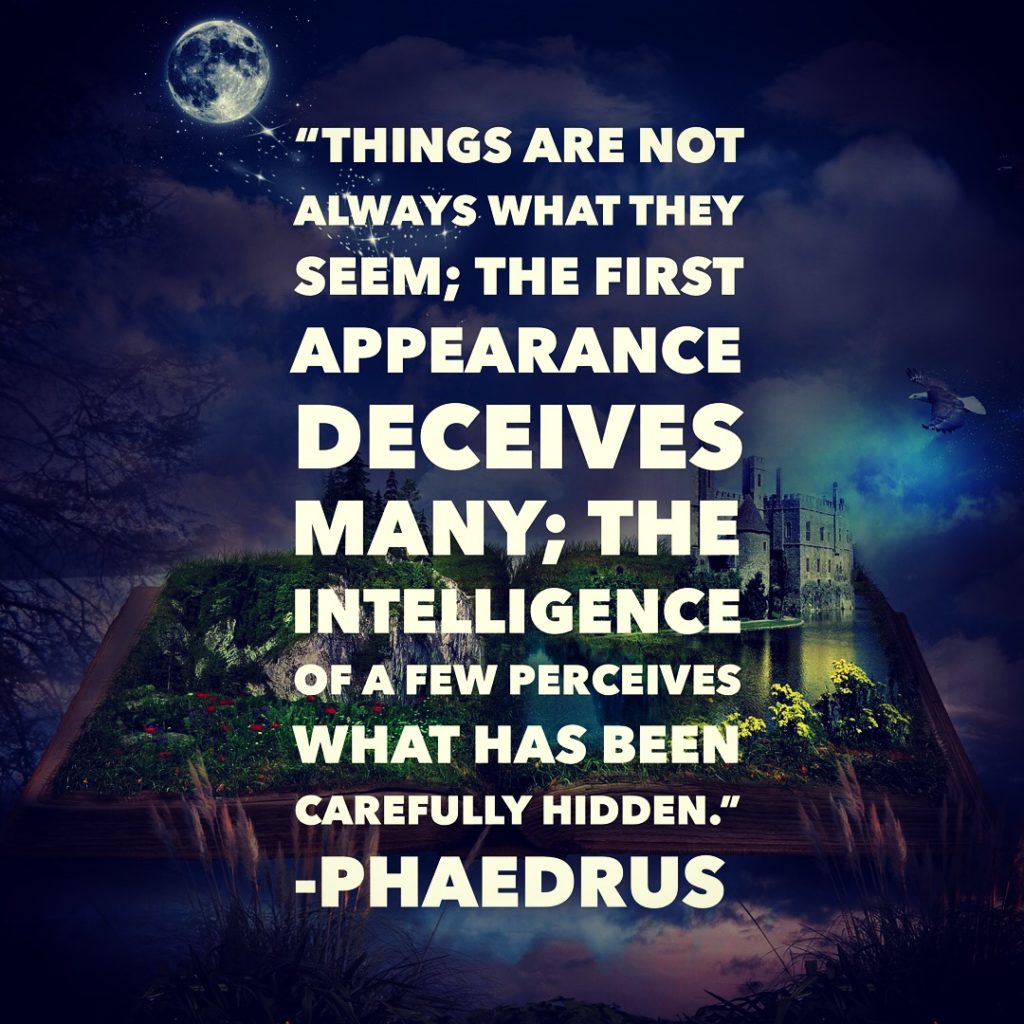 The disrespect was her (ineffective) way of handling this idea that she didn’t matter much to him.

His distancing only made it worse.

By getting in touch with their own heartfelt experience underneath the surface behavior and feelings that were more apparent, each partner was able to touch upon a deeper hurt, and that longing to matter to the other.

This longing, once expressed several times and truly integrated, and believed by the other partner, was the glue that drew them back together.

It wasn’t that Linda didn’t matter to Kevin; she mattered more than she ever could have known.

It wasn’t that Kevin’s presence was truly disrespected or loathed by Linda, it was his seeming emotional absence that stung her so much.

When they were able to connect more through these deeper conversations that got underneath the surface that defined the horrible pattern between them, they were able to see and feel each other’s truth, which was ultimately that they cared deeply about each other, and that mattered to each of them.

This wasn’t easy, and required a risk of letting go of their old stories to be able to see the truth.

It required the courage to be vulnerable.

But they both felt it was worthwhile, it gave them their marriage back.

Kevin started showing more concern and care to Linda, making his underlying feelings of affection and appreciation more overt.

Linda stopped being so disrespectful.

She finally felt his true feelings for her, which were based in a deep love. He valued and cared about her more than she realized, and once he started turning toward her more and expressing this, she felt connected again.

The disrespect was a symptom of a bigger problem:

A fundamental disconnection in their marriage.

Fortunately, with risk, honesty, energy and vulnerability from each partner, they were able to reconnect.

Now let’s talk about you.

While I clearly don’t know why your wife is disrespectful, I do want to make the point that things aren’t always what they seem.

On the surface it may feel that your wife disrespects you.

You may feel disrespected because she treats you with disrespect!

But for Linda, it was her way of expressing a deep sadness, disappointment and longing to matter to Kevin.

It was her protest against feeling alone.

It was ineffective; her being forthright about her true feelings would have gone a lot further.

But it got Kevin and Linda to where they needed to be:

A place to have a deeper conversation.

If your wife is disrespectful, it may be her ineffective way of letting you know that she feels unappreciated and alone.

You can react to the disrespect by walling yourself off from it and shutting down, that would only make sense.

Another option is to be a sleuth.

It requires a lot more courage, but if you can be a detective on the hunt for your wife’s true feelings underneath her disrespectfulness, you’ll likely wind up in a different place than that same old pattern of feeling helpless and deflated.

Ask her about her day.

Take an interest in her.

Let her know you care.

And let her know that you are hurt by the distance between you.

She’s undoubtedly feeling it as well.

Clearly there are no guarantees in terms of how this will turn out.

You may even wind up in another argument.

But for a lot of men I talk to, nothing is worse than the constant disrespect they feel from their partners.

So it may be worth a different approach to see if there’s more to the story than what may seem.

Let me know in the comments your results.

Here’s to your best relationship,

P.S. Kevin and Linda are 100% fictitious characters so if you think you know either of them or are either of them…you’re not. Their situation, however, is similar to one that many couples face, and if it feels like yours, I really hope this post offered a new and hopeful perspective on what might really be going on in your relationship.

P.P.S. Want to really surprise your wife? Let her know you want to get closer and surprise her with this book that you can read and work through together (I promise it’s not too long or grueling). That will show her how much you care!