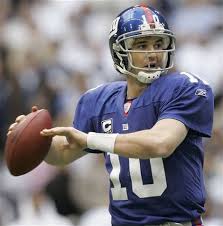 On the second day of his life, my son watched the New York Giants defeat the New Orleans Saints with his father.

Since that victory nearly two years ago, we haven’t seen too many wins.

At first it was easy for my husband not to care that his team started to suck, after all, he had a perfectly healthy little son.  But even though his love for our boy only deepened the following year, the novelty of a new person wore off, and he became simply depressed with the Giants because they played so poorly.

Since we moved up to Patriots country, it hasn’t been easy to find the Giants on TV, but it’s very important that my husband is able to see the game.  He’s found ways to watch, but mostly not in our living room.

Then Sunday came along a few days ago, and we had access to the game, so we watched it as a family (please suspend your judgment, we typically don’t spend 3 hours on a Sunday parked in front of a TV).

It was a great game, and the Giants won.

Our exultation struck me.   It was maybe one of the first times that it was shared with my son, who is closer to 2 years old now than 2 days and is one giant ball of emotions.

Even though he wasn’t paying attention to the game, it was clear how happy he was too.

His parents were both suddenly clapping and cheering, what’s better than that?

His father’s mood would rise or fall depending on the outcome of the game, as would so many others’ across the country.

A major reason why football and other sports are so important to people became so obvious to me:  It becomes emotionally wired into them.

I’ve gotten hooked by football since meeting my husband, I even understand it and enjoy it.  He cares so much about it, and so I get invested too.  But I saw in that moment that it would be nowhere nearly as important to me as it might be to my son, just as it was for my husband as a boy as he watched his father celebrate whatever Giants victories he could.

You are probably wondering what this has to do with your relationship.

A lot.  I’m talking about something called emotional contagion which affects us all.

Emotional contagion is basically what it sounds like:  When we “catch” emotions from each other.

As independent as we like to think we are, we’re by far more interconnected and interdependent than we realize.

Of course this is true for parents and children, as illustrated above, but to a lesser acknowledged amount, romantic partners.

So often, we get hooked into our partners’ feelings without even realizing it.

For example, I might hear from a woman who asks me, “My husband is so anxious all the time and isn’t receptive to anything I suggest, what should I do?”

I ask her how his anxiety makes her feel.

Here she is scrambling to do whatever she can to make his anxiety go away.  Clearly it’s unsettling to her to some degree.

So often, she’s unaware of her own anxiety and just adding to his by reflecting it right back to him with her tools, tips and solutions.

The answer for her would be to take a deep breath and get a handle on her own anxiety first.

That alone will enable her to be present for her man in a way that he needs, which will ultimately help him be more present with his own emotions.  Being present is really the key to coping with anxiety; After all, anxiety is always about the future anyway, and never about the present moment.

Couples go wrong when they get out of touch with their primary emotions and underlying experiences.

Partners then slip into spirals of disconnect that start with a disconnection from themselves and their emotional experience.

When we stay centered in our underlying experience and reflect that to our partner, we are anchored and become emotionally connected.

Emotional connection is what a strong relationship is all about.

Emotional contagion is not a bad thing and is part of what makes us human, but when it leads to a lack of awareness of our own experiences, we slip out of ourselves and away from each other.

Of course, emotional contagion isn’t a problem when the emotions are positive, as in a Giants victory (unless you’re an Eagles fan).

More often, however, it becomes problematic when we suddenly “catch” negative or unsettling emotions and don’t realize it.

We don’t have emotional vaccinations and would lose our humanity if we did, but when we can stay centered, aware and mindful of our own experience, we are less likely to lose touch with ourselves, and are more able to stay connected to each other as a result.

Next time your honey is in a bad mood or stressed out and you find yourself frustrated with him or frantically trying to “fix” him, ask yourself what’s going on with you first and start there.

When we can just be there for our partners, emotionally present and centered in our own experience, we give them the space to go through what they need to go through.

When emotions have breathing room, they tend to be fluid, and naturally mutate into new ones.

Where have you noticed emotional contagion in your life?

Leave your thoughts below, I’d love to hear from you.

Cheers to thriving in business and in love, 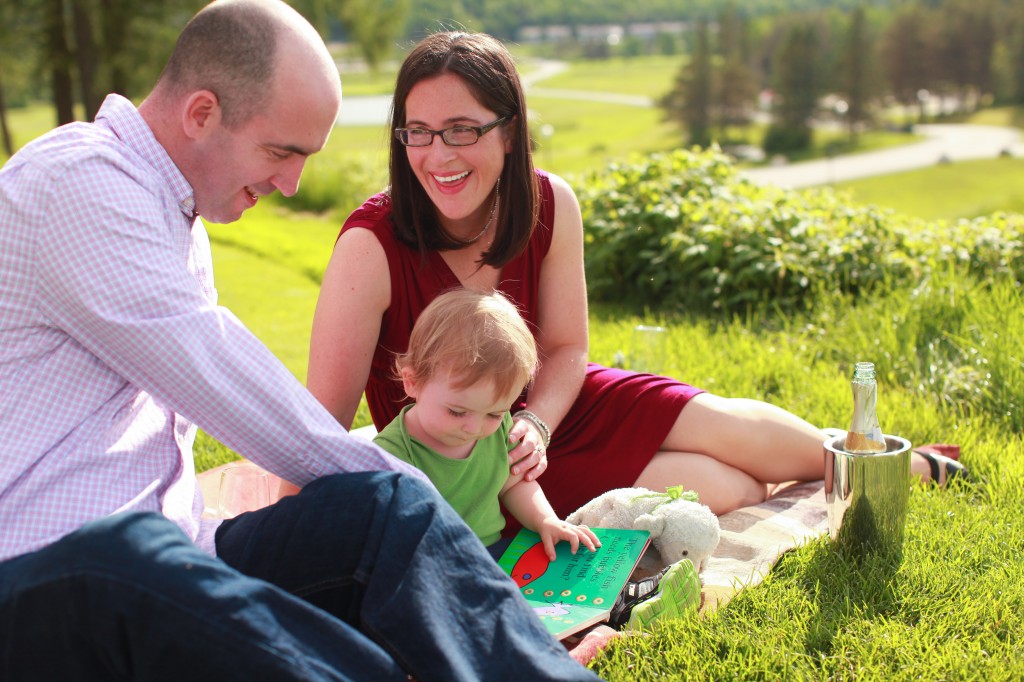