Remember the last time you were scared?

Jumping off a cliff into a quarry; skiing down black double diamonds (despite not being such a great skier); or even just braving bad weather to drive somewhere…making it out alive but not always unscathed leaves the reward center of your brain throbbing. 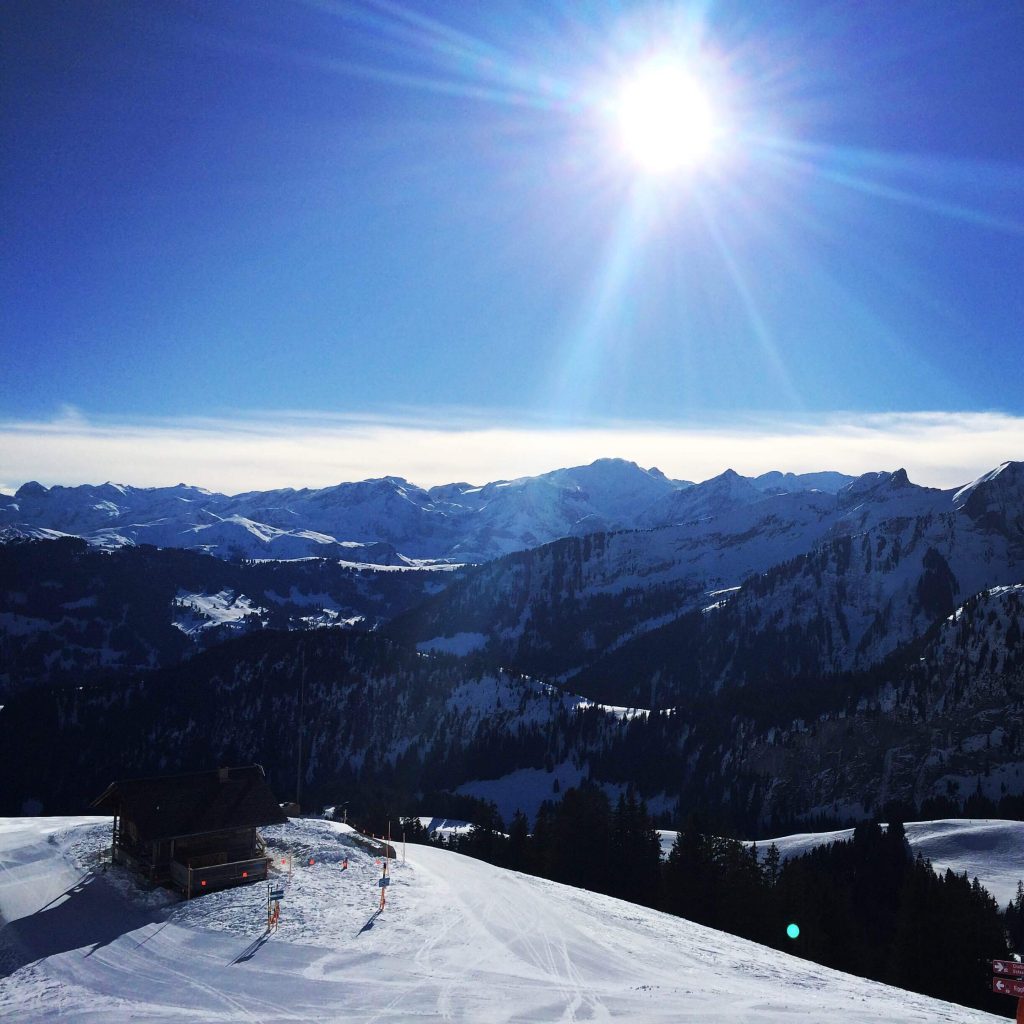 “Feel the fear and do it anyway,” as the saying goes.

There’s a lot of talk like that in the entrepreneurial world. Memes galore.

Truthfully, nothing about gambling on Facebook ads feels very thrilling to me in that same way.

I love gambling, don’t get me wrong, and an ad that converts well is exciting, but it’s not the same.

It’s just not as much of an embodied experience as swimming in a fierce ocean with big waves. 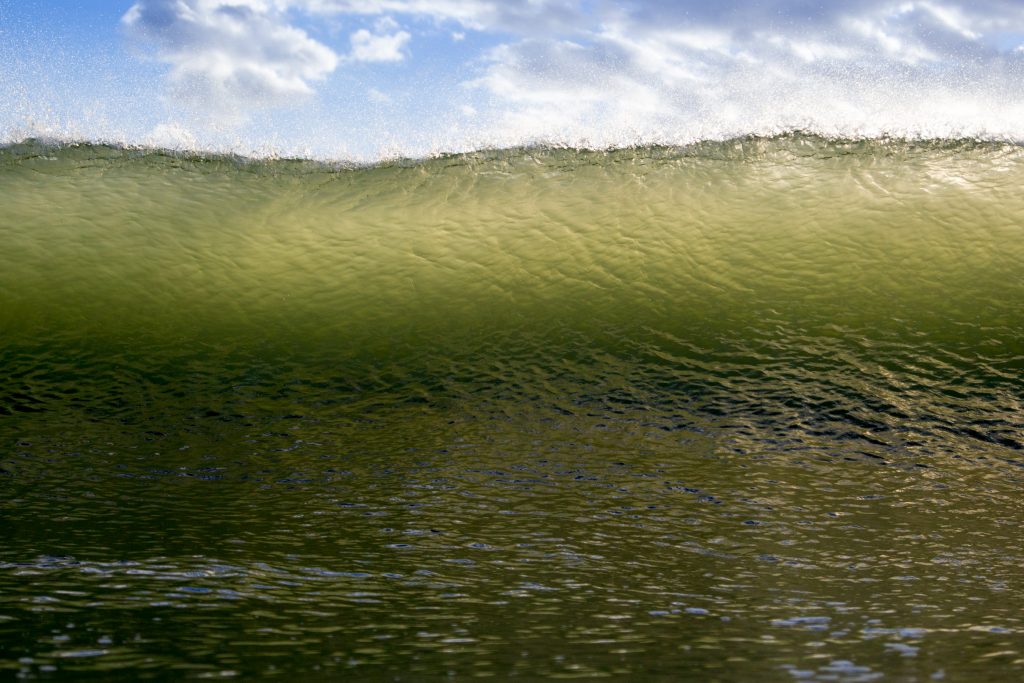 I may give Mark Zuckerberg my money trying to craft the perfect ad, but I won’t die.

Not that I’m looking for that experience that causes me to fear my life….

But the thrill – that dopamine and endorphin rush – that is what I’m talking about.

Since having kids I’ve really settled down. I can’t remember the last time I was in an ocean with big enough waves to be scared.

Yet some part of me yearns for that thrill. That conquest. That surge.

Do you know the feeling?

So we went up to the mountains over the last weekend to be in a beautiful part of the world where others enjoy similar thrills.

Because we had 2 small kids in tow, we didn’t do anything especially grueling, dangerous or risky.

Or so we thought.

We’d love to go hiking up Mt. Washington, but the kids are just too small for that right now.

So we drove up the mountain instead – there’s a road for autos, let’s do it. Safe and easy. The view is undoubtedly spectacular. 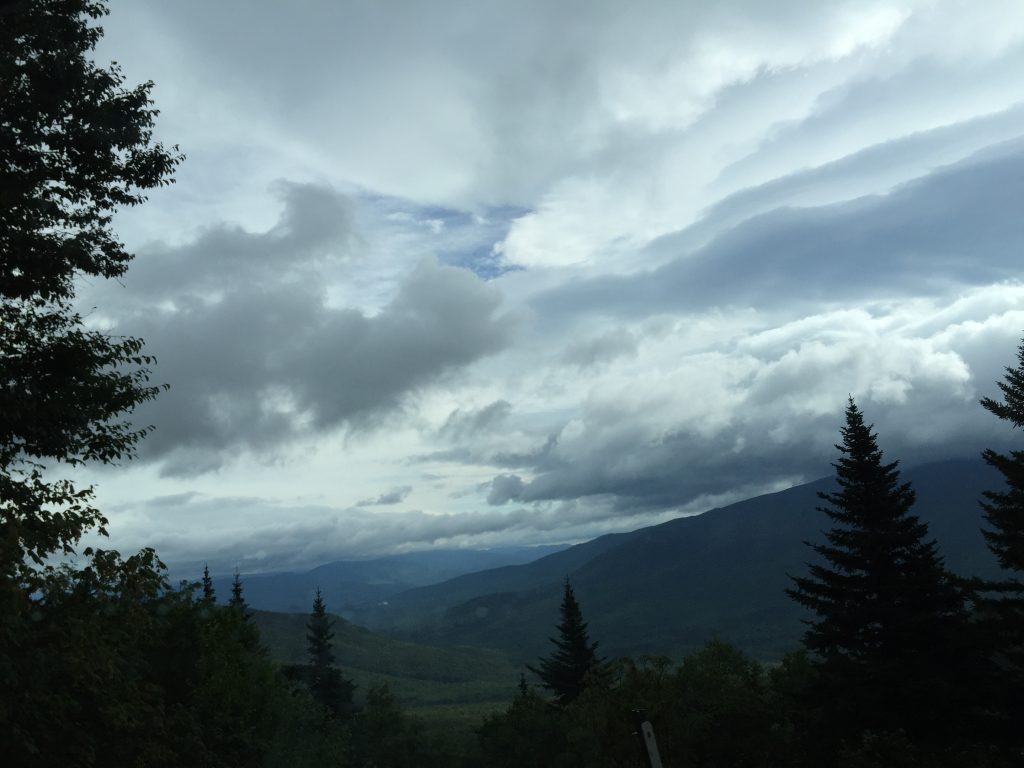 Halfway up I wanted to turn around.

My brave husband was clenching the wheel and focusing like a champ, and I was bugging out on the inside, not showing it as best as I could (the last thing I needed were kids that were freaked out as much as I was!)

We couldn’t see anything (it was the worst fog I’ve ever been in), and all I knew was that there are steep drop offs without guard rails on at least one side of us at all times. 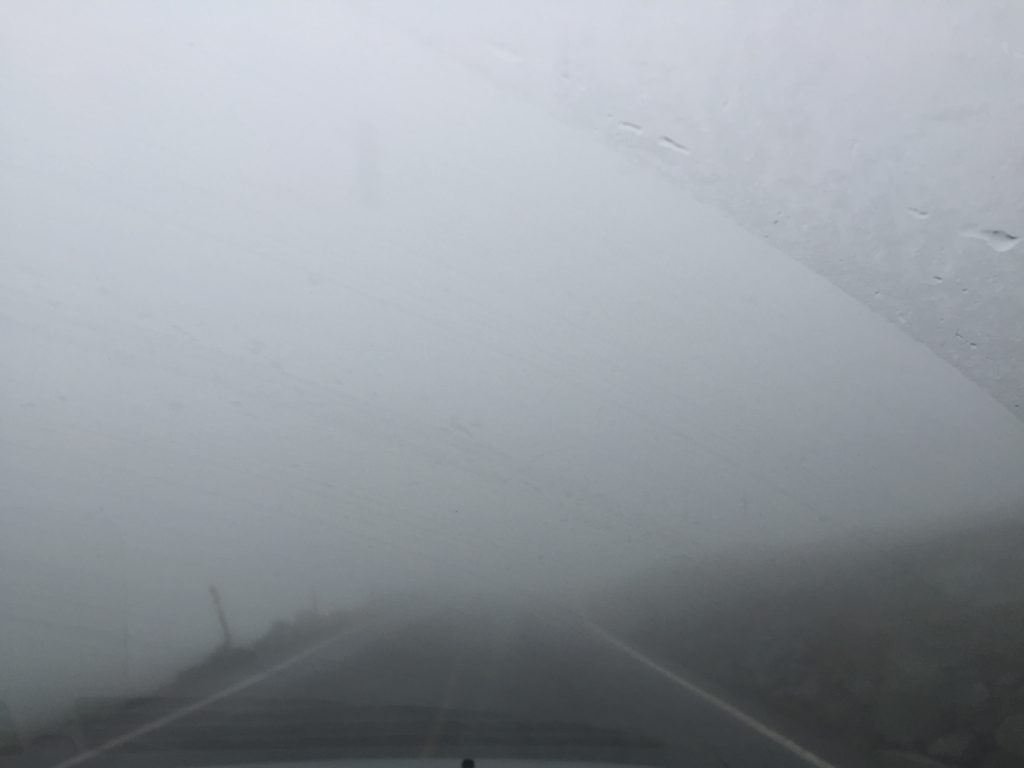 I had to rely on the knowledge that people do this regularly; that few have died; and that it would end. We would be OK. I trusted my husband’s driving and attention more than I would have trusted my own. I felt as safe as I could with the wheel in his hands; I would have been petrified if it was in mine.

But we made it to the top, where 70 mph winds and poor visibility nearly knocked us off.

And we turned around and made it back down.

There was nothing I could do but trust.

Trust that I’d get to where I needed to be.

Trust that the endeavor was a worthy one.

Trust the Universe for having something else in store for me than a horrible ending off a cliff with my family. The Ford Edge off the edge…

Trust my husband for doing an incredible job driving that car.

Trust in the fact that so many people have gone before me completely fine.

Trust that whatever was going to happen, I was going to be ok, even if it involved my ultimate demise, I couldn’t even think about my kids…

I did not go into self or other blame or parenting shame.

I just trusted. Surrendered. Let go. To whatever extend I could, while freaking out on some level as well (okay I wasn’t completely surrendered…!)

And when we got back down, I was even more grateful for the opportunity to be alive.

Life got turned up a notch against the shadow of death.

In my experience, it always does.

As I encountered my fragility, the miraculousness of my life, body, car, and nature, the opportunity to connect, to love, to be loved, and I get to experience another day, every day, until I die, and adventure in this beautiful amazing planet called earth, I’m even more thankful than I was the day before.

Let’s turn things up a notch.

We are lucky to be living in such an interesting time where we can live virtually, reach more people and do our work virtually from our homes or from almost anywhere.

My advice to you?

Disconnect sometimes from your electronics.

Climb (or drive…) up the scary mountain.

Jump into the ocean.

And even though it may not be as thrilling, it’s not going to kill you: Boost your Facebook ad.

Risk living a life driven by your passion moreso than what you’re “supposed” to do.

Even if it doesn’t make sense.

Even if sometimes you want to give up halfway up the mountain.

Once you start, you can’t turn around.

Trust you’ve got this.

And go enjoy your life. FULLY. Because you’ve only got but so much of it left.

Thanks as always for reading.