Are you keeping secrets in your relationship?

Before going further about this, let me tell you that most secrets in an intimate relationship if you are long-term committed partners are toxic. 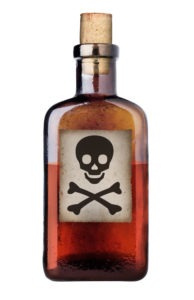 Secrets are things you are either keeping from your partner on purpose or explicitly lying to them about.

Before going further, I’d like to divide the topic of “secrets” into 3 categories: big secrets, little secrets and non-secrets (what I’ll classify as “private stuff”).

With big secrets, we’re talking affairs, secret problems and big addictions like gambling “habits,” and other issues that would stir up a lot of drama in your relationship, and perhaps even call it into question.

Little secrets are things that may not destroy your relationship on their basis alone, but things that might be “inconvenient” to discuss. You’re sneaking cigarettes here and there and your partner thinks otherwise, or you hold a credit card with a small balance they they aren’t aware of. None of these things would likely threaten the very existence of your relationship as an even bigger secret might, but they’d raise some eyebrows for sure and you’d rather not deal with it.

This third category includes benign information that is simply private. I don’t tell my partner about my work with clients because it’s private. If a friend confided in me and asked me not to tell my partner what was going on with them, I would respect that (like the time my husband’s sister was hooking up with his buddy – I held onto that secret for an entire summer, then they came out about it and got married). Make sense?

Just because I’m advocating against most SECRETS in your relationship, I am all for honoring privacy.

Whether your secret is a big one or a small one, however, I can assure you, it is either eating away at your relationship, or getting in the way of you having your strongest relationship.

A secret is an energetic roadblock between you and your partner.

It creates emotional distance even if it feels like it would otherwise be harmless.

Obviously in the case of big secrets, the ACT of what you’re doing is destructive, especially if it’s an affair. My clients and others, however, who are recovering from even the reveal of big awful secrets in relationships, say that what’s even more hurtful than the act itself is the LYING about it.

The lying is present in all secrets big or small, which is why a small secret can be almost as destructive in a relationship as a big one.

A solid relationship is built on trust.

(If you’re having a hard time trusting in the face of some kind of secret reveal, make sure to read this.)

That trust flies out the window when it is revealed that secrets are being kept.

While it is very possible to recover from such betrayals, even big ones such as infidelity, the pain in doing so often outweighs the pain in simply coming clean in the first place.

It can be hard to come clean because of shame.

Shame is a doozy, and is what causes us to keep secrets in the first place.

Shame survives and thrives with secrecy.

In the words of Brene Brown:

It’s easy to suggest sharing something you’ve kept secret and may be ashamed that may not have anything to do with the relationship.

Even though opening up like this can be difficult, you can connect the dots that this kind of vulnerability will strengthen your relationship. But…

What do you do if what you will reveal will hurt your partner?

But you don’t avoid.

In an ideal world I advise getting some help, preferably with a trained Emotionally Focused Therapist (you can find one close to you HERE) to help you share your secret with your partner, but short of that, I would advise you to prepare your partner and let them know you are telling this because you value you them.

Let them know you feel remorseful for keeping the secret (if that is the truth).

And apologize in a way that matters.

The most hurtful part of keeping secrets is the betrayal.

Betraying someone gives them the message that they aren’t important to you.

In sharing the secret, remind your partner that they ARE important to you.

If you’re ready to reveal your secret, check out the following video as well on how to have a difficult conversation.


If you don’t take the time to reveal whatever secret you are keeping from your partner, it may reveal itself.

Grow stronger in love by sharing the secret in a delicate and respectful way, and get some help if you need it.

Here’s to your best relationships across the board, and let us know in the comments how you’ve navigated this problem in the past yourself,