“I guess underneath it all…I feel like I’m never enough.”

…says nearly everyone who finds themselves sitting across from me in a chair or on a screen or through a phone at one point or another.

I heard recently on a talk that Jean Houston was having with a friend of hers that — in so many words — self-loathing is considered in Buddhism one of our biggest obstacles to enlightenment.

I don’t know if I’m going for enlightenment in this lifetime (just keeping it real) — but man, something about that really resonated.

As I look around at the brilliant and successful people who come and work with me, there is often that common denominator:

A sense of being just never enough.

So you push and you strive and you create success and there’s something hugely satisfying about that.

There’s this drive, this ambition — and to set and accomplish a goal feels good!

It feels good to be able to create something out of nothing and have high expectations for yourself that you meet. That’s part of why it can be so satisfying to be human.

But what about when you don’t reach your goals?

Even worse, what about when you do?

Accomplishing your goals will never erase a sense of being never enough or not good enough.

Yet that’s what so many fool themselves into doing.

Hey, there are worse things you can do with a sense of not being good enough than aggressively accomplishing things and making a positive impact….

Like I tell people almost daily, it’s by far better to cope that way than injecting poison into your blood….but at the same time, that sense of never enough — if you don’t put your finger on it — can really creep up and bite you in the ass.

It can also be harder to recognize when you’re coping with accomplishments rather than creating a train wreck out of your life with drugs or alcohol.

That sense of being never enough can create self-sabotage if you’re not careful.

Like Jane, for example (a fictional compilation of about 50% of people I work with)….:

She’s a brilliant chiropractor who has created a successful practice and does amazing work, but even so, she’s not satisfied with herself, and is most definitely not getting what she needs in her relationship.

All this just reinforces that sense…..of being never enough.

What does she do with that sense of being never enough?

Before she was really aware of it, she was stuck in a self-perpetuating trap that kept her miles away from her partner and ultimately away from her true self as well.

Once she started to recognize it, however, and actually shared that with him…and opened herself up to his underlying ESSENCE and perception of her which he was able to start expressing to her more effectively……..

It takes consistency and effort and isn’t a one shot deal, but it’s worth it.

So where do you begin when you’re knees deep in a pattern so thick that you can barely distinguish it from the air you breathe, fueled in part by an underlying sense of not being enough that continues to get reinforced?

The antidote to self-sabotage is self-awareness.

If you’re like many and have this sense of not being enough…..just by putting your finger on it is a huge step.

True self-awareness…..however……is the recognition that you are an integral, necessary and BEAUTIFUL part of an interconnected and, dare I say it, divine fabric that we are all embedded in.

By dissing yourself you’re truly insulting the gorgeous world you live in — because you are as much a part of nature as the beautiful cliffs of Big Sur or the gorgeous peaks of the Rockies or the eerily crystal blue hot pools in Yellowstone. 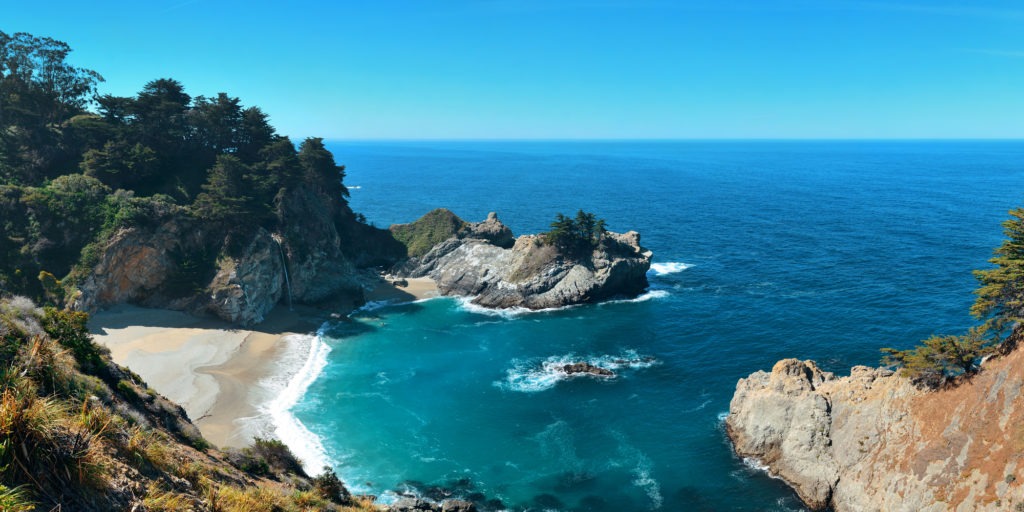 Easier said than lived day in and day out … but quite simple.

So while it’s true I think you’re amazing for accomplishing all you have.

For being so damn resilient.

Even without all of that success…

In the words of Lady Gaga, you were born that way (worthy and valuable and needed beyond what words [even the Lady’s] can convey).

And I just wanted to remind you of that.

I know, it would be more meaningful coming from your partner — to see how they REALLY feel about you underneath layers and layers of self-protection … but that requires a greater risk on your part, and it’s not a quick switch you can turn off or on, either.

Do me a favor:

Take my word for it, believe it coming from me – and look out for proof of that — that you’re more than enough, from your partner, from the world around you, from wherever you go.

You may just be surprised with what you find.

Let me know how it goes in the comments, ok?

Or if you think I’m full of it…let me know that too.

PS Want to be a part of an even richer dialogue?

Join me in Your Best Love – Revolutionary Relationships for High Performers — a free community online to support excellence driven innovators and high performers in creating your strongest relationships, especially if you are in love with your work in the world, and even your partner doesn’t seem to share your drive. We’d love to have you.