That’s what, let’s call him, “John,” explained to me, arms tightly crossed, sitting next to his stiff lipped wife.

He had built a wall around him.

When we took a broader look at his life, it became evident that there was no one who actually ever looked out for him emotionally. He got the message his emotional experience or needs weren’t really relevant.

To let someone in (as he had no choice but to have done as a child) therefore only equates to feeling dismissed or denied, and reinforces the message that he’s not important. 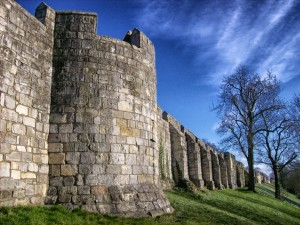 It only makes sense that he stayed protected behind his wall.

There was no outright or obvious trauma, but this insidious emotional neglect is extremely damaging.

It gives one the message that it is unsafe to be emotionally vulnerable and that you are basically alone in life.

So John sat there with his arms crossed, protecting himself. It only made sense for him to do that.

To John, all love would lead to is loss – loss of himself – so it’s not really better.

What felt better and safer – and what was safer for John as a child – was to go it alone, and to tell himself that being a lone ranger was really the only way to get life right.

Love, on the other hand, is about being emotionally vulnerable and connected with someone.

Someone who actually cares about how you feel.

Despite having actually needed that for optimal development as a child, John never got it.

But here’s the thing:

We actually learn about our own emotional experiences and who we are through others. 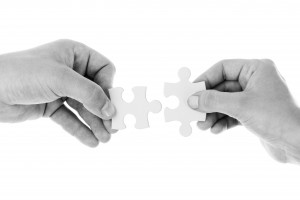 When we don’t have room for our own experience as children, along with even a teaspoon of validation and that reflection (kids really don’t need too much, we are a resilient species), we lose touch with ourselves emotionally.

Picture John, for example. His emotional experience simply got so shut down that he did not naturally access it.

For a minute there he fell in love and got married, but then his more conditioned programming kicked in, and he shut his wife out. He had no choice but to shut her out because he had lived his life shut out from himself.

What worked for him as a child was no longer working in his marriage.

Both he and his wife were unhappy and not being fulfilled in their relationship.

There was a small part of him that believed perhaps there could be something better, but he staunchly held onto the belief that we are ultimately alone. It’s all he knew.

To suspend that belief  and to surrender to the possibility of letting someone in would require a tremendous risk. It would also be exploring new, uncomfortable and potentially dangerous neurological territory.

As terrifying as the terrain was, John went for it.

That’s why I love my clients.

They come to me, after all, for me to help them take those risks and create those shifts, and to go down roads that we simply cannot go down on our own as humans.

We are wired to travel to these terrains holding the hand of another.

To this day I consider myself deeply privileged to be able to go there with others.

So John took risks and traveled into some bumpy emotional terrain.

He showed parts of himself he had never looked at and his bride had never seen.

As a result, they grew closer, stronger and more deeply connected to each other.

The wall came down; John was no longer alone.

He tasted a new way of living that was so much sweeter for both him and his beloved.

That strong relationship they created together, because of each of their risks as they released old conditioning while trusting the strongest force in the universe, love, helped them each stand taller and more securely in their own lives.

And even if that relationship doesn’t work out…

John would agree he is much better off for having gone there in love.

So to answer the question, yes, it really is better to have loved and lost than to have never loved at all.

Please answer in the comments below.

If any part of this post resonated with you and you are looking for guidance as you travel into your own murky emotional territory, I’d be honored to offer you a test drive.

Reach out to me by clicking the gray box below and we will set up a complimentary consultation to get you headed in the right direction.

Cheers to thriving in business and in love, 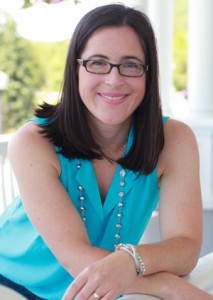