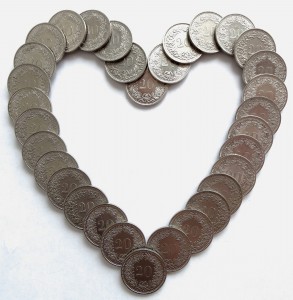 Wouldn’t it be great if you and your partner could see eye to eye about all things money?

Wouldn’t it make your life and your business so much easier?

Imagine if he understood why you invest in your business a certain way, supported you in spending five figures on that high end coach, and started listening to “law of attraction” audios?

What if he recognized that we create our own realities and money is just a part of that — something to be manifested, spent, enjoyed and invested in experiences and learning, and not necessarily hoarded away for a rainy day?

What if he really understood that thoughts create things and that we all have a lot of work to do on our mindsets, and he even started to do the work?

I’ve got some good news and some bad news for you.

The bad news is that you may never see eye to eye about money.

He may never listen to a “law of attraction” audio or pick up a wealth consciousness book, and he may always think you’re crazy for believing in this stuff.

The good news is that as long as you’re crazy about each other, none of this has to be a deal breaker.  It doesn’t mean you’re destined for divorce, and it also doesn’t have to be nearly as hard as it may feel.

But far too often, the financial issue becomes a scapegoat for the underlying disconnection that a couple is experiencing, which is really the larger cause of distress and unhappiness. 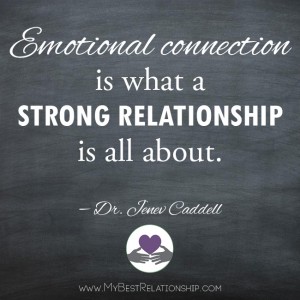 In this post I’m going to share some tips about how to take the sting out of the money conversation so that you can still have a rock solid relationship even if you’re on different planets as far as your financial issues are concerned.

More importantly, I’m going to share with you the foundation for any strong relationship, so that any difficult conversation, including the money ones, can be navigated with more ease.

Tip #1:  Understand that happy couples don’t have to agree about things.

The happiest and healthiest of couples fight, but they fight right, which we’ll get into.

It’s the couples who don’t fight who are really in trouble, because fighting shows that at least you care.

Knowing this fact may help:

Dr. John Gottman, renown psychologist known for researching relationships over the past 40 years, found that in happy marriages, 31% of conflicts that couples got into were resolvable.

That means that 69% of conflicts were found to be perpetual.  In other words: ongoing and never resolved.

The topic of money can fall into that category of being a perpetual problem.  Pushing a brick wall and trying to get your partner to see things the way you do as it relates to money may be like throwing gasoline on a fire.

As long as you know how to fight right about money, it can just be another thing you’re disagreeing about.

This tip alone is worthy of a post in and of itself, but I’ll give you a few keys to fighting right, found by Gottman himself in his research on happy couples:

Tip #3:  If it’s about your business, and it hasn’t felt good in the past, then don’t have the money conversation.

I understand that couples need to be able to speak about money, and that Tip #3 may seem to oversimplify things, but when it comes to your business, don’t go to your partner for validation or support in financial decisions that you need to make.

Of course, that doesn’t mean borrowing against your shared mortgage or taking out a line of credit in his name without agreeing upon that, but in terms of many of the business decisions, own your title as the head of your business and run it accordingly.

My point here is that far too often, we can hold ourselves back by our own limited thinking in terms of second guessing and doubting our desires about where to invest in our businesses.  If you really need to speak with someone about a financial decision for your business that you are unsure of, your partner is likely not the best person with whom to have that conversation.  He may not really understand your business and its needs, and if he’s like nearly all the other husbands of women entrepreneurs that I’ve been hearing about, he doesn’t have the entrepreneurial money mindset.

You do need support though.  Hop on the phone with a master mind partner or talk this through with a coach.  Get involved with communities of like minded entrepreneurs so that you will have the right kind of sounding board, not the kind that reflects back to you the kind of thinking that might keep you stuck.

Whenever couples have that blood-boiling, I-am-going-to-throw-you-through-a-window, all out kind of frustrating fight, or maybe even worse, that frozen stand off for days, it’s rarely (if ever) about the topic they think they are fighting about.

It’s not even about the money.

It’s about an emotional disconnection that prevents you from seeing each other, hearing each other and feeling valued by each other.

The doubt starts to creep in that maybe you’re not that important to each other.

When that emotional connection erodes and the money, the mother-in-law, the laundry or the anything starts to even seem like it takes precedence over the relationship itself, that’s when people find themselves in trouble.

The quality, strength and foundation of a relationship lies in the strength of the emotional connection that you and your partner have with each other.  When you each feel valued, prioritized, supported, heard and understood, you can take on nearly any difficult topic.

Of course, if it turns out that you desire such different things from life more so than you desire each other, that’s when couples grow apart.

Far too often, however, couples split because of this emotional disconnection that they mistake as an “incompatibility.”

You don’t have to agree with each other about the money, but you do have to understand, hear, see, value and respect each other and each other’s persepctive, and you have to make that known, even in the most difficult of conversations.

With that foundation of a strong emotional bond and an understanding that neither of you have any intentions of leaving or rejecting the other, I’ll bet the money conversation will become that much easier.

It can be hard to return to center when years have gone by and you feel miles apart.

That’s what I help couples do – peel away the layers of protection that keep them apart so that they can establish that emotional connection once again, or sometimes, in a real way for the first time.

Get in touch with me and we’ll see if it makes sense to set something up.

Cheers to thriving in business in love,