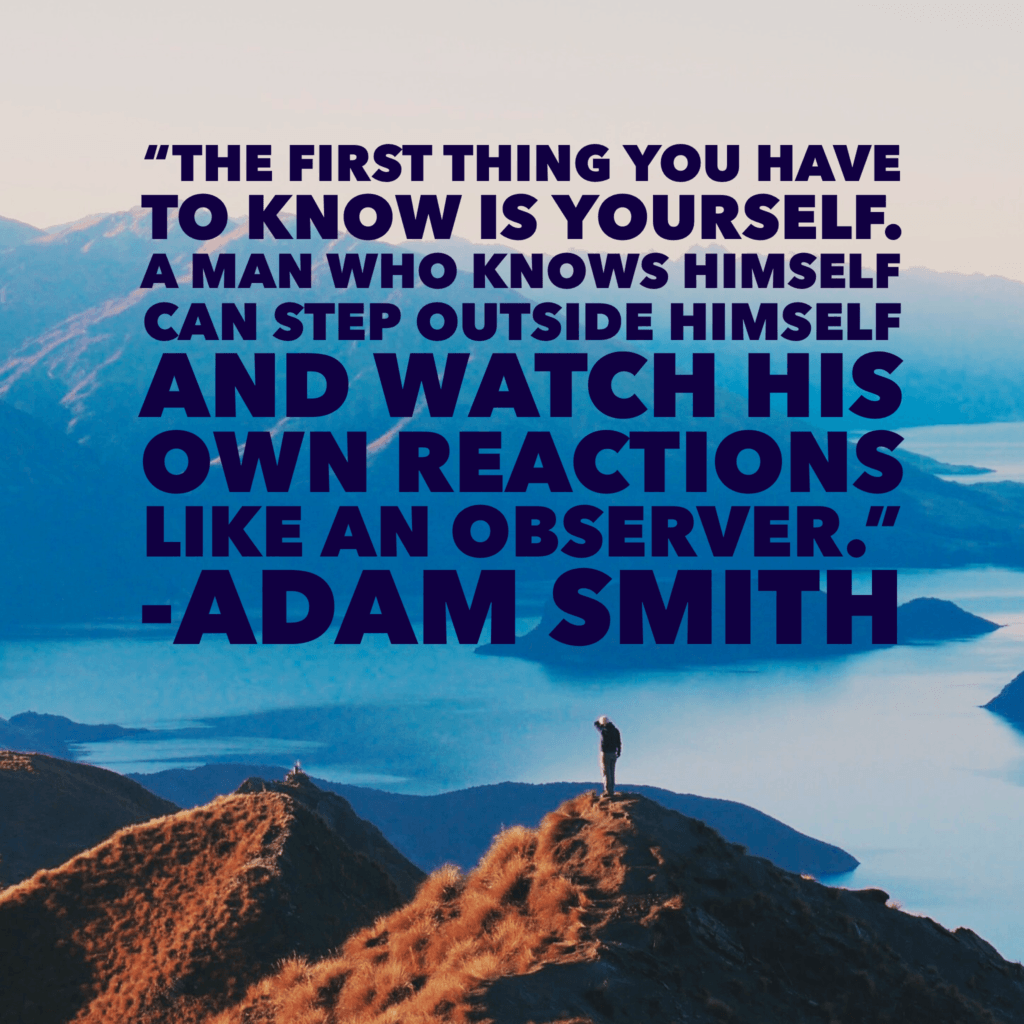 Self-Awareness: You’ve probably heard how important it is.

Whether you’ve sought out greater self-awareness for business pursuits or because you just want to live a more fulfilled life, the importance of knowing yourself can’t be overestimated.

Yet sometimes, when you find yourself banging your head against a wall, frustrated in your relationship, self-awareness seems to go but only so far.

In this post, I’m going to shed some light on yourself in a new way that has the potential to stop you dead in your tracks when it comes to how you’re showing up in your relationship.

Specifically, I will share 2 psychological phenomena that may be playing themselves out in your life, and ruining your relationship as a result.

More importantly, I’m going to share with you what to do about them as well.

I see these phenomena day in and day out when I sit across from struggling couples and individuals.

The way your brain plays tricks on you specifically through these phenomena can feel unfair and be destructive. My goal is that by reading this post, you will be able to master these phenomena instead of them mastering you.

The first step toward doing that is being aware of them.

So, let’s discuss these 2 phenomena, namely, the negativity bias and the confirmation bias.

The negativity bias is that idea that our brain is wired to pay more attention to the negative stuff than the positive stuff.

The logical notion would be that the same amount of positive and negative things would balance themselves out, and like many, you might assume that.

John Gottman, PhD, author of the best-selling book, The Seven Principles for Making Marriage Work, and relationship researcher of over four decades, has found that in happy couples the average ratio of positive to negative exchanges in marriages are 5:1. In divorcing couples the ratio is 0.8:1, which is close to 1:1.

We are oversensitive to the negative and the positive stuff simply doesn’t matter as much to us!

We can be thankful for this negativity bias because it’s helped us survive by overestimating threats and therefore being able to stay safe and pass along our genes.

Yet we need to be aware of it and take responsibility for understanding how it operates in our own day to day, not always in the intended way of helping us survive, rather, often just thrusting us into a state of anxiety or despair.

The negativity bias is often alive and well in relationships, and has a magnifying effect when there are two negativity biases mirroring off each other.

Strong and solid relationships are necessary for our survival, and when your connection with your partner doesn’t feel secure, it can feel like life and death, and the negativity bias has a field day.

Can you see how this wreaks havoc on relationships, particularly when there are two people involved doing this to each other and seeing through those lenses?

There is a hall of circus mirrors over emphasizing the negative, blowing it up, mirroring it back and forth, magnetizing the problem exponentially at every exchange. 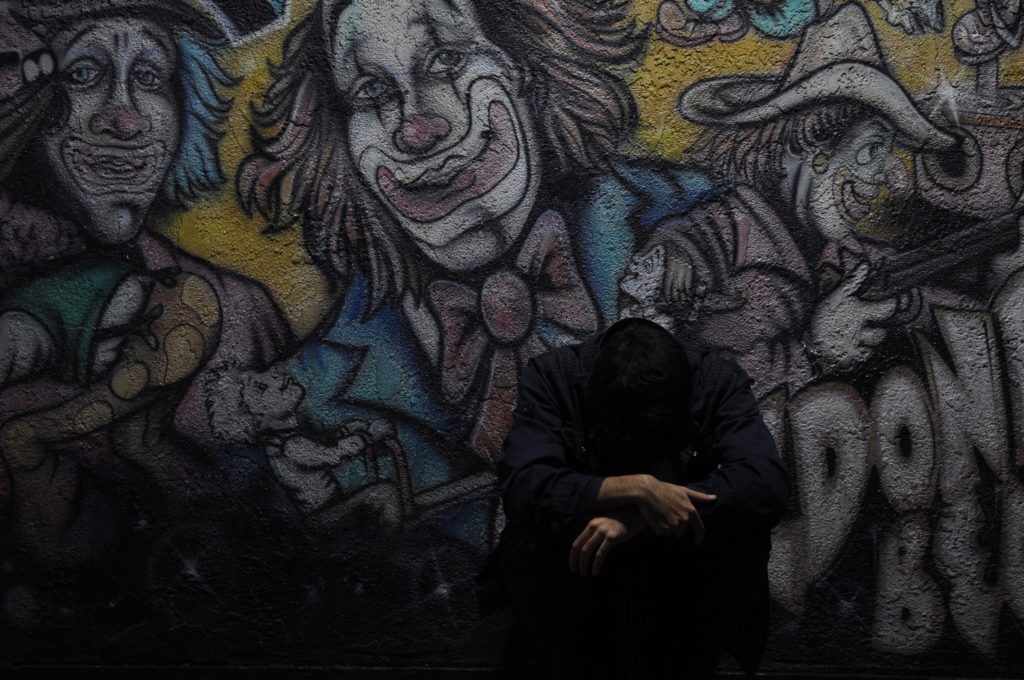 No wonder it’s so hard to get out of that trap!

“Can’t you just give me the benefit of the doubt?” is what I hear partners asking each other nearly every day in my office.

The negativity bias says: “No! I can’t give you the benefit of the doubt, because then I might die!”

I know, that’s a little extreme, but biologically, that is exactly what’s happening.

What do we do about it?

Understanding and recognizing this ancient neurological wiring help us be aware of it when it’s hijacking our reality and relationships.

We can see it for what it is when our negativity bias starts taking over and blowing all of the negative stuff out of proportion, or even creating negativity when there may have been none.

When we get even better at catching it, we can start deliberately evolving by seeing and believing and living into existence the things we desire – whether it’s a stronger relationship, better health or even more money in the bank.

It is our responsibility to understand how our bodies and minds work in order to invite our greatest potential, and because the negativity bias can play such a huge role in triggering a downward spiral, I wanted to alert you to it.

Pay attention to your thoughts and recognize the negativity bias when it strikes. It’s a trick your brain plays to help you outsmart danger, but you don’t need it nearly as much as it operates.

Own your brain and its processes a little more by deliberately looking at and noticing what you like, what’s going well. Help us as a species deliberately evolve in a more positive way. Put your attention there, whether its through disciplined gratitude practices or by just being more appreciative in general.

Share your appreciation with your partner, too. The little things that make a huge positive difference in your life are not as easily noticed because of the negativity bias, but when you focus your attention on them and point them out and share your appreciation, it can go a long way toward cultivating a stronger relationship.

The confirmation bias is our brain’s built in tendency to find and interpret evidence based on what we already believe.

For example, if you and your partner are experiencing strain in your relationship and your partner doesn’t appear to be your #1 fan (or your fan at all), when they look at you with a neutral or blank face, you’ll likely see scorn and dismay (whether or not they are feeling scornful of you).

We are all basically biased toward our existing beliefs.

You can see why it might require then such an effort to make big shifts in one’s life, particularly if you’re trying to improve a relationship and you have a pair of biased brains and not just one to work with.

You’re going to find evidence to support what you believe, whether your beliefs are true or not.

A magic trick is then to shift your beliefs.

Easier said than done, but if you start programming yourself to believe what you want to see in the world, you just might start seeing it.

What do we do about it?

Mindfulness, being able to view your thoughts and experiences from a more detached perspective, yet honoring them with love, acceptance and non-judgment, can go a long way in helping you recognize the confirmation bias at work.

Spending a few minutes daily practicing mindfulness is a great discipline to integrate into your life for so many reasons.

Much like with the negativity bias, appreciation and practicing gratitude are great attitudes to counter the negative effects of the confirmation bias as well.

We can go a step further with the confirmation bias as well, which is where vision boards, affirmations, and other processes come into play to deliberately program your brain to create the reality you are looking for.

The more emotionally sold you are on something being a certain way, for example, your relationship being secure, connected and loving, and the more you can feel that, the more likely you are going to interpret it as such, and therefore “believe” it into existence.

Even if you can only muster a few minutes or seconds a day of feeling good and solid in your relationship, it is vital to exercise these emotional muscles, so that you’ll not only be able to notice those good moments when they do occur, and also grow them.

I know this sounds a bit hokey, and I do not advocate for this approach if you are in an abusive relationship of any kind (if so please visit https://thehotline.org), but the support for this idea goes beyond the confirmation bias.

Because of the negativity bias and the confirmation bias, coupled with negative patterns that couples get locked in which are largely fueled by these phenomena, many distressed relationships go south, when they could have been rectified.

My suggestion for this post is to take a step back and notice these tricks that your brain is playing on you so that these phenomena don’t have the kind of hold on your relationship the way they do for so many.

Take it a step further and start feeling into existence the kind of relationship you desire. Recognize that even though it FEELS like life or death to be vulnerable enough to trust your partner and give them the benefit of the doubt, you’ll have to start doing that to ultimately get what you need from them.

I know, it’s easier said than done, so don’t beat yourself up if it doesn’t quite feel possible just yet. A little extra support from a qualified professional can go a long way — The International Centre for Excellence is one resource that lists Emotionally Focused Therapists by area, who can help you out of your negative cycle with each other.

Please let me know your thoughts and experiences with these phenomena in the comments.