Every year on the anniversary of 9/11/01, if you’re like many people, you think about where you were, what you were doing, who you were with… 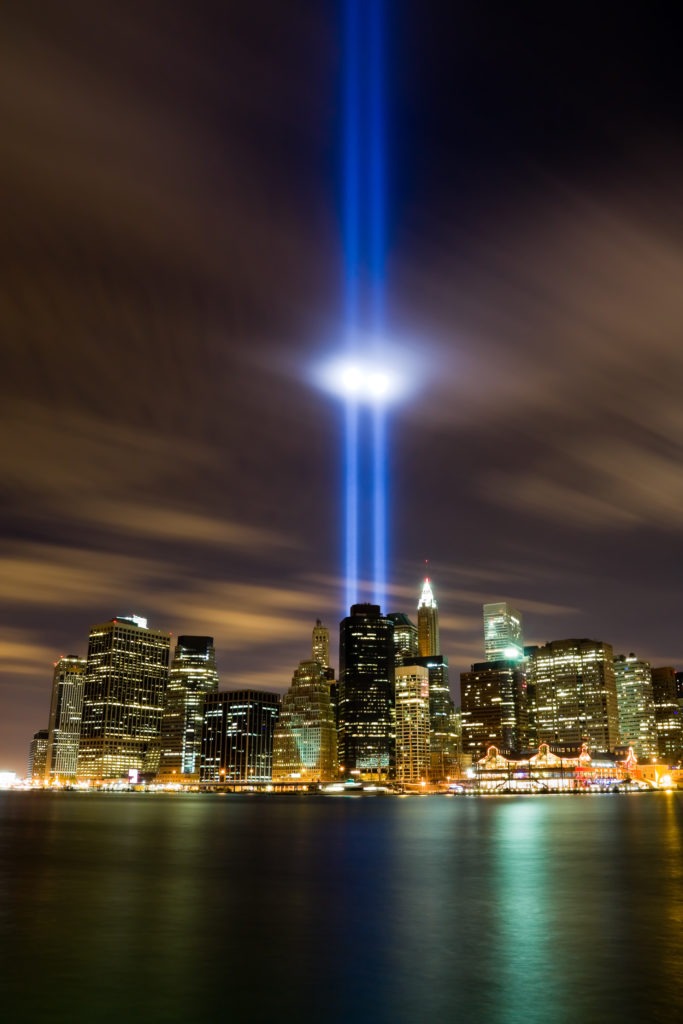 Emotional memories stay with us forever.

We learn with emotion, because emotion tells us something is significant, so it gets etched even deeper into our brains and memories.

Even though I lived in NYC on 9/11, I was lucky enough not to personally lose anyone close to me.

I heard lots of stories, and knew there were countless others.

I felt helpless, much like a lot of us may be feeling today in 2017 with political and tropical storms creating havoc and danger in their paths. Uprooting and killing people.

I tried to give blood but the city had enough.

So I sat on the roof of our building with my 2 of my friends still in the city that night (several had left) and we watched the skyline.

The city was like a war zone. It reeked (you know the smell if you were there, I’ll spare anyone else the description), and Alphabet City without any traffic felt like a post-apocalyptic nightmare.

I didn’t know what to do.

So I went to work the next day like any other day to do my job, even 75% of my officemates didn’t show up (I worked in the Empire State Building), and went on with my life.

Like many of our lives, though, it was touched in a way that I never had anticipated.

I was haunted by the memory of the pregnant woman whose husband didn’t come home from work, and all the other stories I heard, and wondered, how do people cope?

How does anyone get on from such horrific, traumatic loss?

So in graduate school, I set off to explore that question…and took it a step further because I cannot bear to live in a world that is meaningless:

Can, do and how do people grow from traumatic loss?

I found out, yes, there was such a thing as Post Traumatic Growth, and it just was starting to be studied.

According to Wikipedia (and not my own dissertation because I dare not pull out that dusty thing), several factors elements that people experience with post-traumatic growth include: “greater appreciation of life; changed sense of priorities; warmer, more intimate relationships; greater sense of personal strength; and recognition of new possibilities or paths for one’s life and spiritual development.”

That doesn’t make a traumatic event okay, but it does show how we can (and do) grow from it.

The subject of loss, however, continued [and continues] to terrify me.

I can’t imagine I’m alone with that one.

Fearing loss is something that might inspire some to become love avoidant or prevent themselves for falling for someone deeply.

The fear might erect walls because it feels safer inside them.

The logic goes: If you’re protected and not connected, it won’t hurt as much when someone dies or leaves you.

It’s an argument against love, that feels safer.

Even though it makes logical sense, it’s not the truth that it’s safer.

I found this part out years later:

It’s actually better for you to have loved and lost.

I learned intellectually that it was actually a good thing to do what felt right by my heart:

Those who have stronger relationships fare better in the face of loss than those who wall themselves off.

So even though it might feel risky still, we have proof that it’s good for you to love more, even when it might be the most painful.

Your heart wants you to love harder, it’s my hope that this fact will help your brain allow it to.

To your strongest love,